Justin and I pick up Dave at the Oakland Airport at 10 AM. We fit our collected camping gear into Justin's Jeep Cherokee with little room to spare. More photos here and here.

Traffic is light on 580 and 205. We stop at the usual Shop Rite in Oakdale to get food. Dave and Justin are steak-obsessed, so we buy a table-top grill, briquets, and four large T-bone steaks.

We stop at Puppy Dome and I ill-advisedly free-solo a 5.2 slab in my sandals. 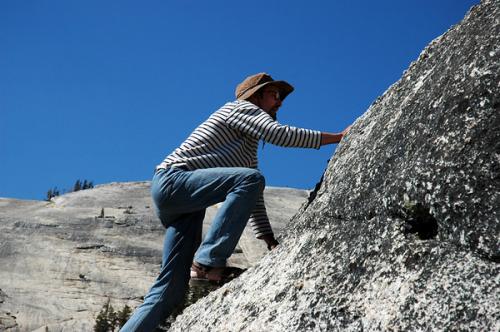 I should have turned around here 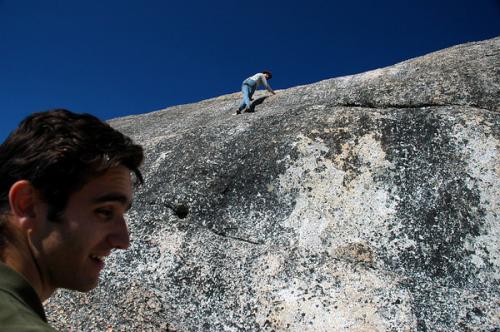 Major fear, twitching, and dry-mouth had set in by this point

We arrive at the Mono Lake campground around 4:30. The weather is perfect, the smell of sagebrush wonderful. It feels like I'm returning to an old and comfortable home. 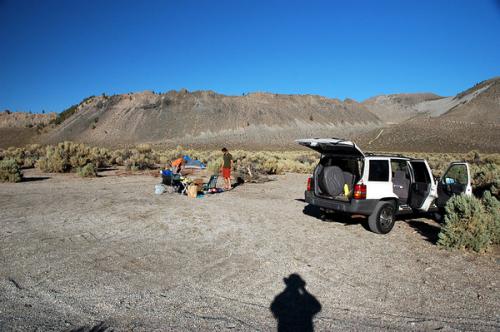 The goal of generating good photo opportunities has top priority; Dave wants to photograph Mono Lake in the golden light of sunset. So we have an early dinner (grilled steaks and zucchini, steamed corn on the cob, washed down with cold beer). 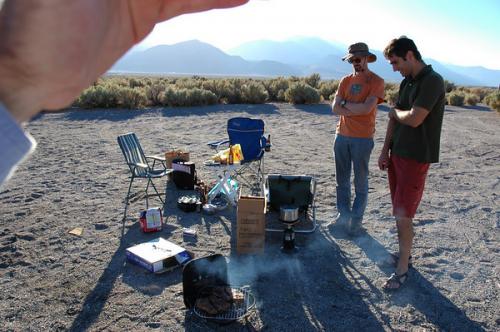 Then we drive up road a mile or so, and scramble up a cinder cone. 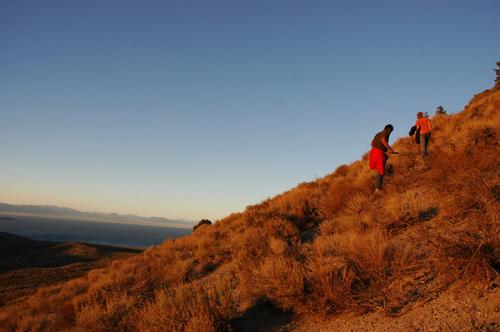 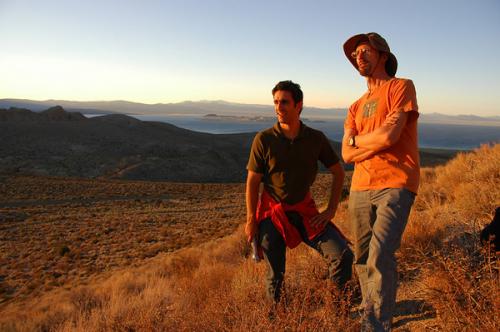 As dusk settles in, we cross the road and go to South Tufa. A stream of Japanese tourists with expensive cameras and tripods are leaving. One group is photographing a tufa with the aid of an extremely powerful flashlight, and Gedye joins in the photon-fest. 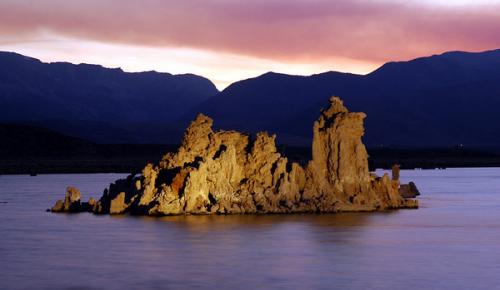 Then we return to the campground and enjoy the spectacular view of the stars - it's a clear night and new moon. The Pleides meteor shower is nominally in progress, but pretty sparse (one every few minutes). The best viewing position is to tip ones' camp chair over backwards and lie on the ground.

My sleep is patchy. In the morning we have oatmeal and coffee using Gedye's JetBoil (note to self: buy one). We drive to the Sawmill campground and set out. Dave and Justin conceal beers in the stream. 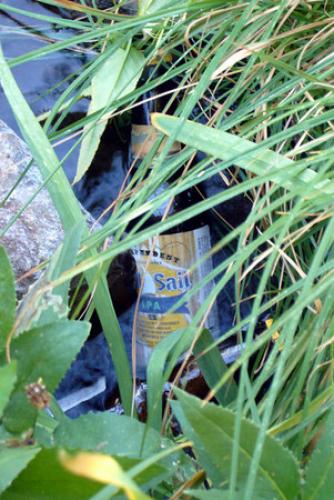 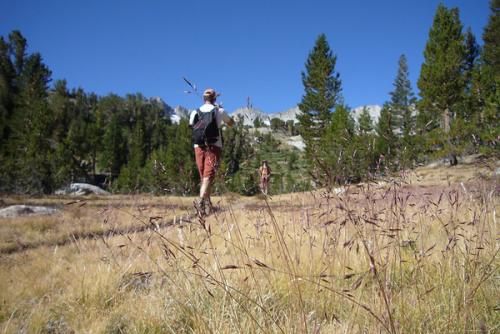 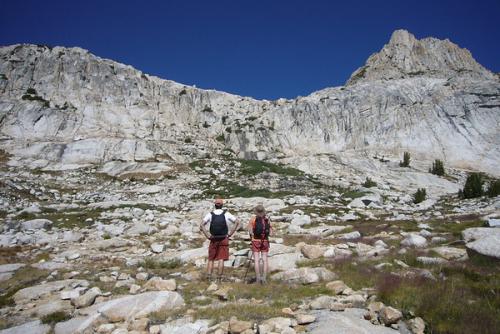 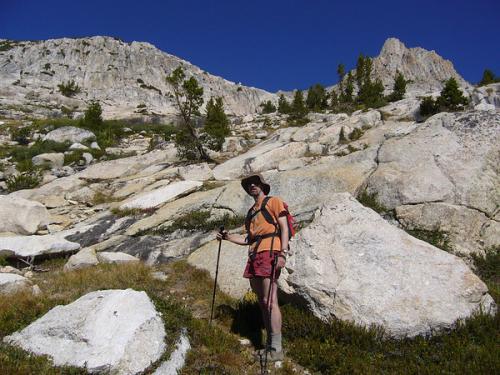 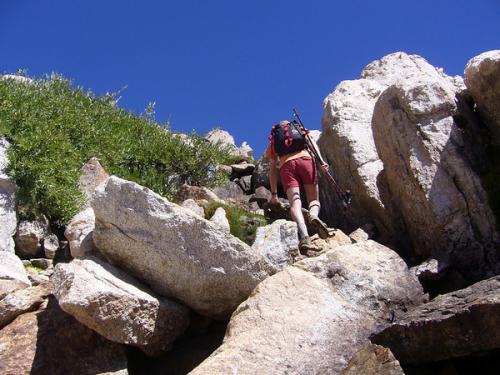 After a lengthy exposition on some mirrored sculpture in Chicago, Dave discovers a similarly-shaped rock at the top of the gully. 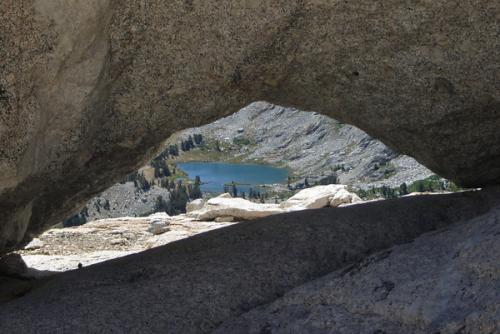 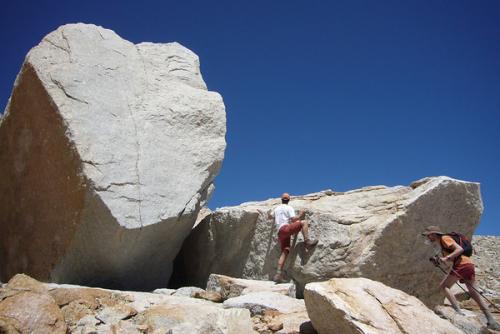 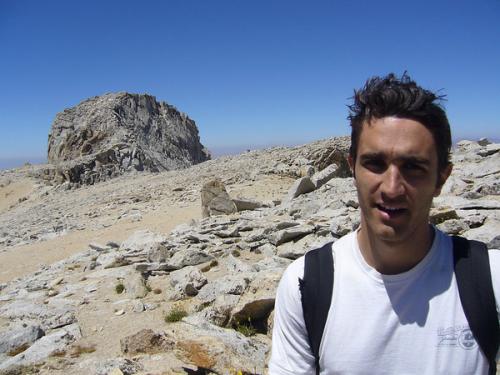 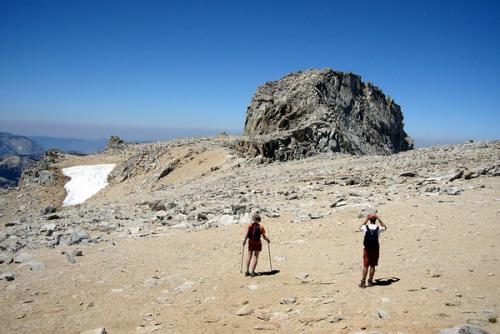 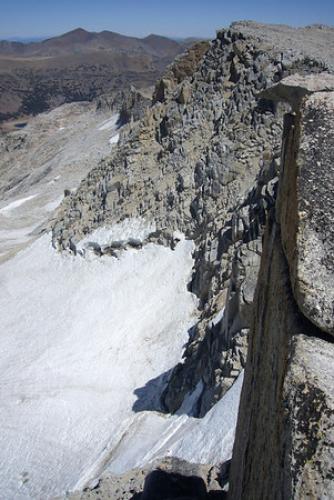 Everyone does well on the hike, although Justin has a touch of vertigo on the arete. We get to the summit around 1 PM. We talk with a couple of climbers who have come up the North ridge. The weather extremely pleasant - low 60s, mostly calm. 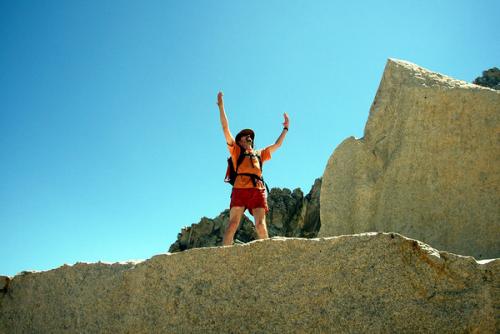 We descend to the plateau and talk with a group of three Japanese hikers - two men and a woman - who have been going since 6 AM, and came up via Alpine Lake - not a good route. Their only map is a crumpled xeroxed page. I explain the optimal route down as best I can.

We overshoot the exit point on the plateau but (thanks to Justin's intuition, and Dave's photographic evidence) quickly locate it.

The descent takes a while. Dave reports sore toes. We linger by the stream for a few minutes and enjoy the cool beers. 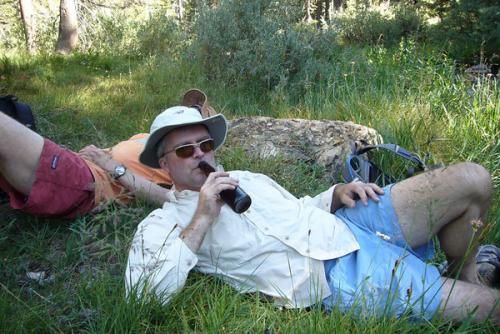 We drive to Mono Cone. The food is poor, the delay is long, and there are lots of flies; this tradition is hereby discontinued.

We all have fish tacos at the Mobil station. A winery has set up a tasting table; Dave and I have a glass of the white. There are at least 100 people there. There's live music - a Celtic ensemble like one might see on Telegraph Ave. 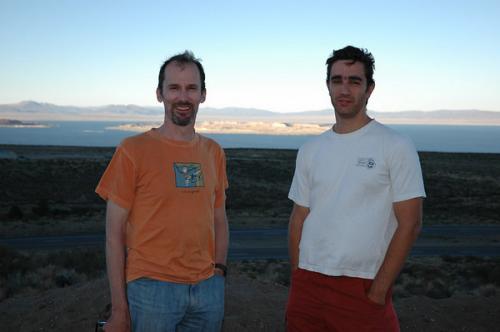 After dinner we drive East on 120, just to see what's there. We go about 15 miles, see a large rockpile on the right, screech to a stop, and (in spite of a pledge to not scramble any more) start scrambling through the sage. The rockpile is farther than it looks, so we settle for a boulder.

We return to the campsite and build a giant sagebrush campfire. 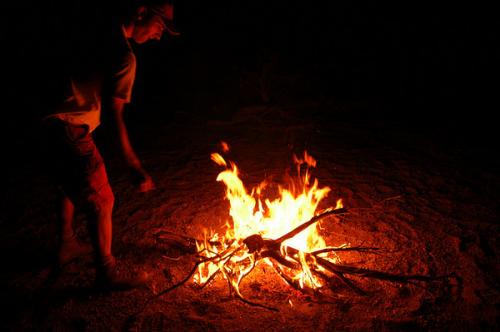 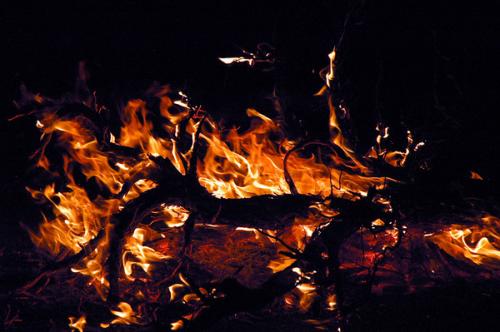 Sometime around 2 AM a fog rolls in and it gets oddly warm. 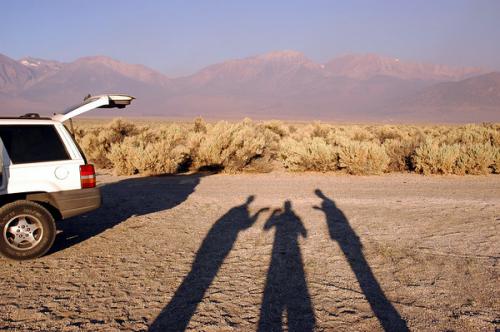 We stop at the Mobil station for breakfast sandwiches and coffee, then drive to the May Lake trailhead. We're all a bit weary from Conness, We go about 1May Lake and hang out. We walk around the lake counter-clockwise, pausing to strip down, wade out to a rock, and go for a dip. 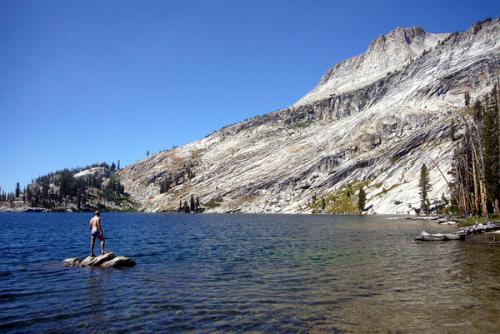 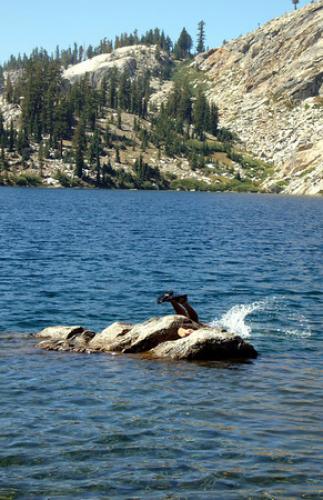 On the far side of the lake we scramble up a steep slab (a little scary), traverse under a black overhang, then slide down on our butts. 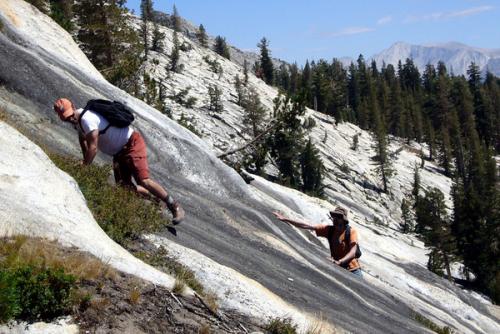 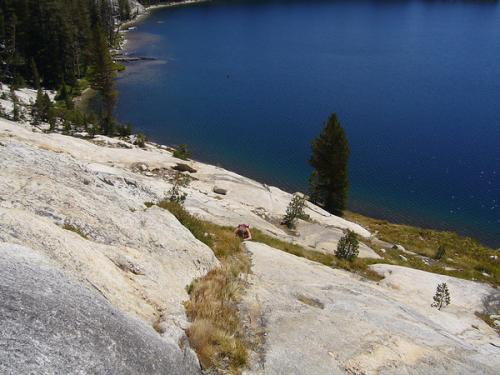 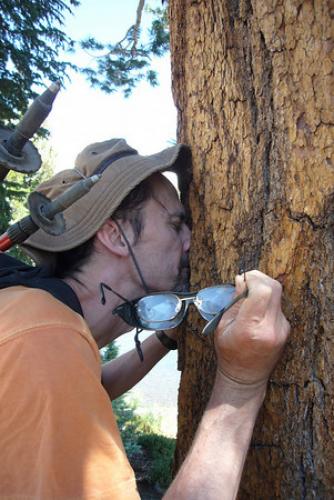 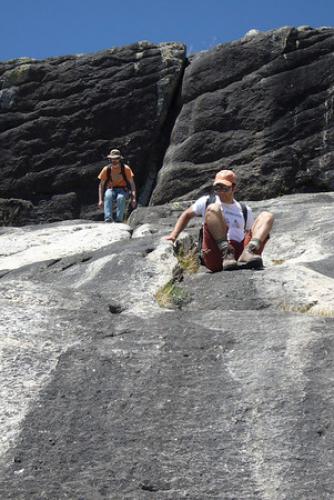 I stop to sniff my favorite Ponderosa pine (faint but pleasant), and we enjoy our sandwiches at its base. Then we stroll back to the car and have a pleasant drive back home, playing one game each of Botticelli, Bratislava, and Vermicelli. Gedye has a plane reservation for the next morning, but is able to get on a 7:30 PM flight.

A fine trip, albeit lacking in true adventure. The group is good, and I have a feeling we'll climb again soon.