Erica and I took in a production of West Side Story in Sonora, at the Columbia Historical Park, which is sort of a tourist-ized gold rush town. The production used canned music. The dancing and blocking were good, and the cast was OK except for Tony, who was miscast. There was a wild rainstorm, which cleared up later in the day. We stayed in Buck Meadows. Before dinner I climbed a nearby hill, which was totally mangled by logging and anti-erosion measures. We had pizza at Two Guys in Groveland.

The next day we drove into Tuolumne Meadows and climbed Mt. Hoffman. The weather was perfect and it was one of the greatest hikes of all time. The streams on the right side of the mountain were gurgling merrily, there was some snow at the saddle, the plateau was stunning, a tremendous variety of wildflowers were blooming, the valleys to the left of the mountain were filled with magical-looking white, red and green rocks, and the Ponderosa pines had that wonderful butterscotch smell.

This was Erica's first hike at altitude. We took a slow-but-steady pace and she did fine, although there was some anxiety in the summit area. Five-letter work game highlights: 'burka' and 'psalm'. 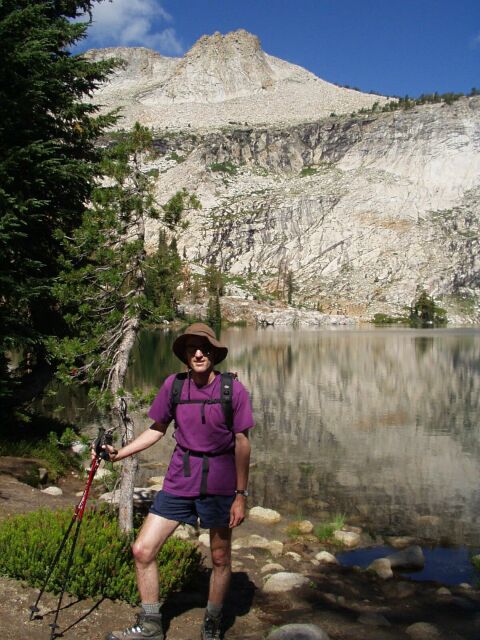 Lake May. Castle (not summit) in background. 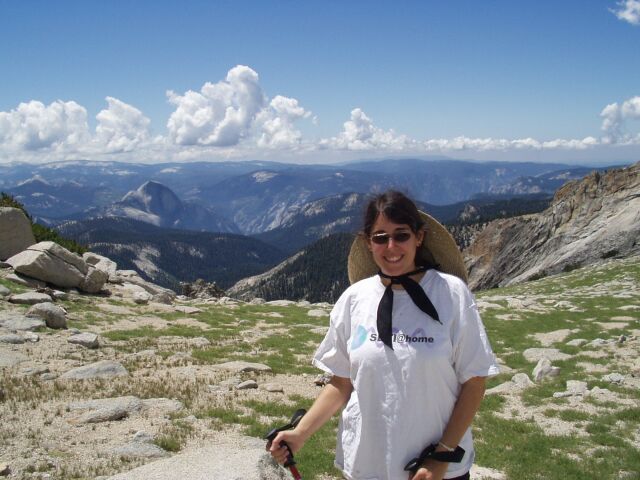 On the plateau; Half Dome in background 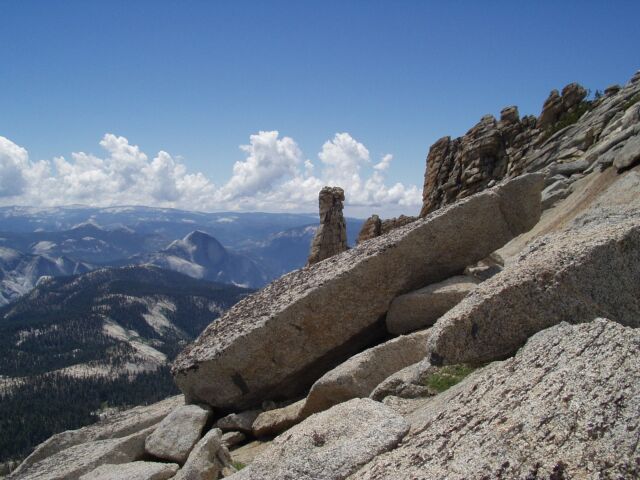 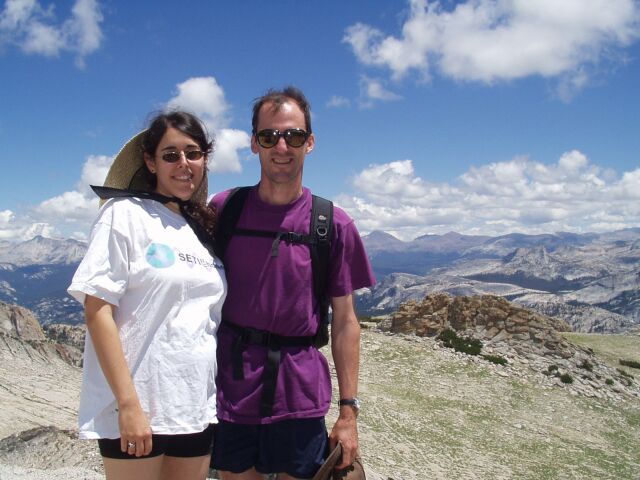 On the summit. Conness at left; Dana and Gibbs to my right 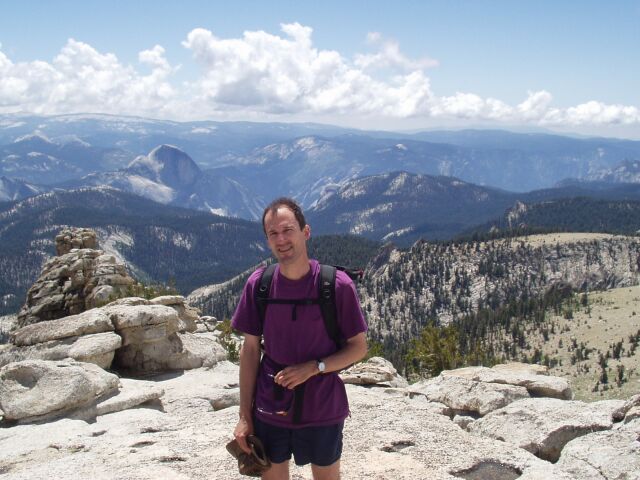 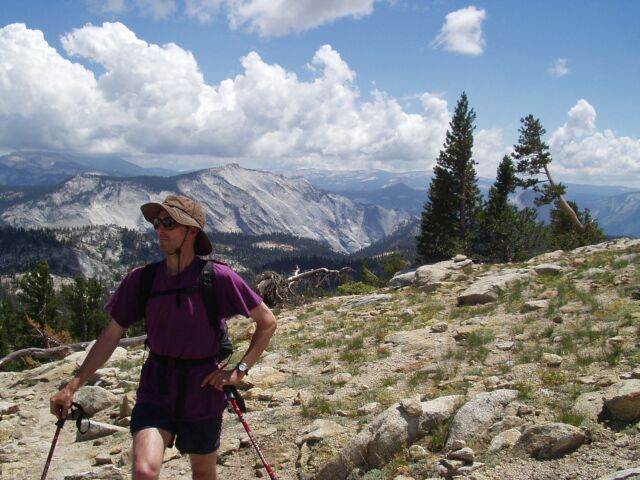 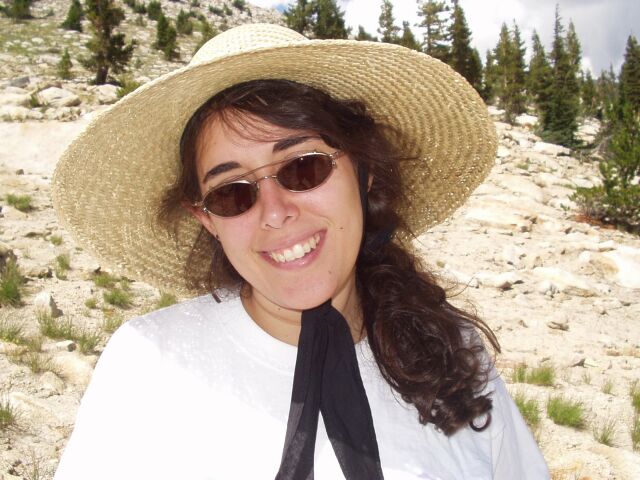 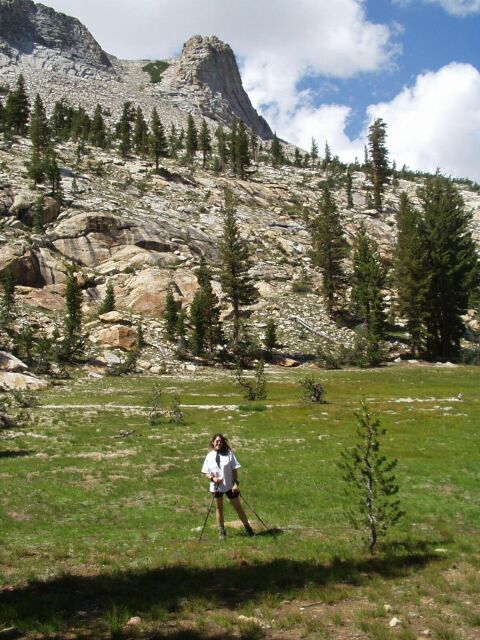 Beautiful meadow on way down 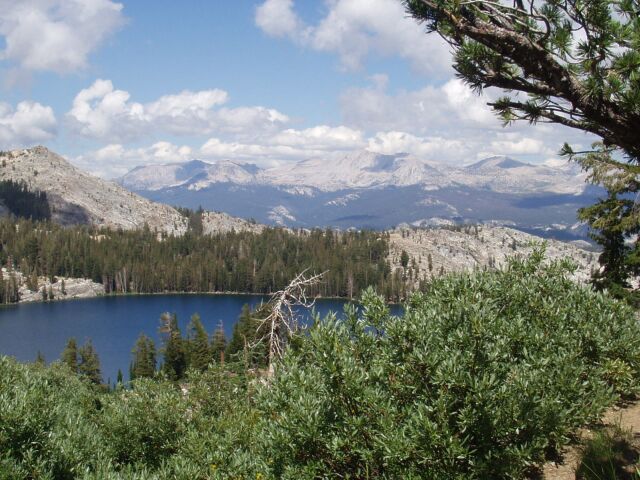 Lake May and (in background) Conness 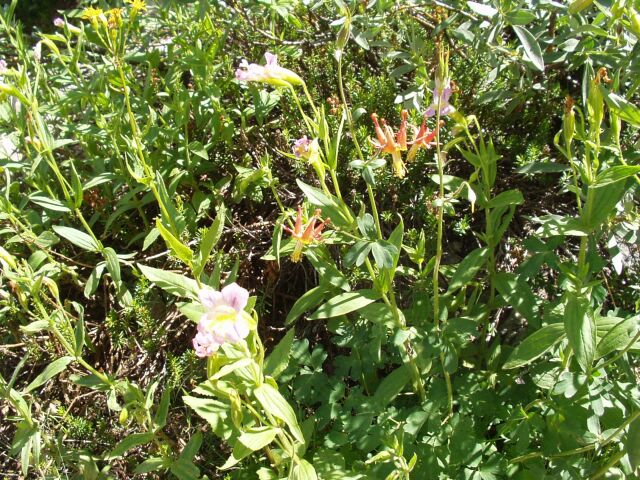 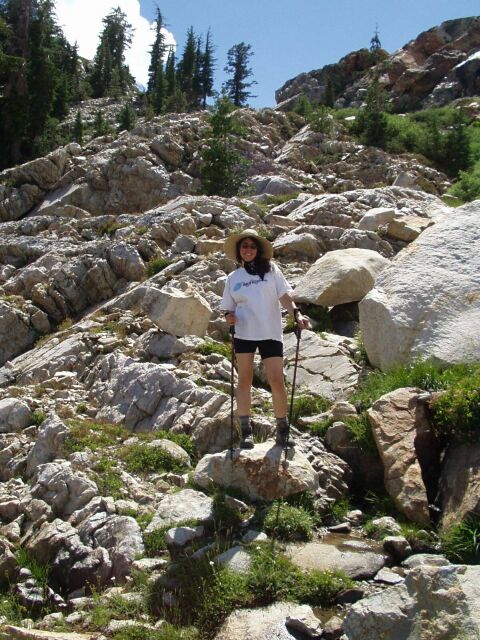