Click images for large version and again for full resolution
Dave G. was in town, and wanted to hike. We decided on Mt. Tam, and Rob V. came along too. We were delayed by a fiasco involving Dave's car keys, but were on the road by 10 and at the trailhead in Mill Valley by 11.

My friend Giulia had recommended a route, which may or may not have followed - few of the trails were marked, and I don't know of a good trail map.

We parked all the way at the end of Cascade and went up an unmarked trail across the street. This was extremely beautiful. It went up a ridge, up a narrow washed-out gully, and eventually came out at a fire station. We followed a wide trail up to a junction, and went left on the Nora trail. This did a long traverse and ended up at the West Pt. Inn, and we went to East Peak from there. 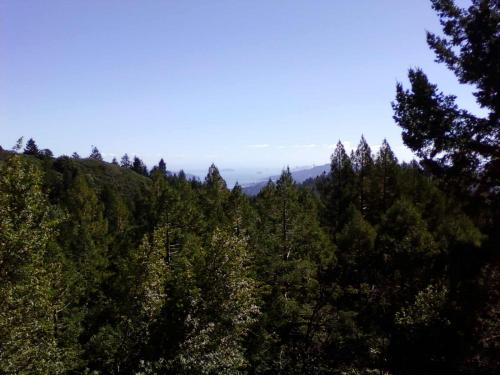 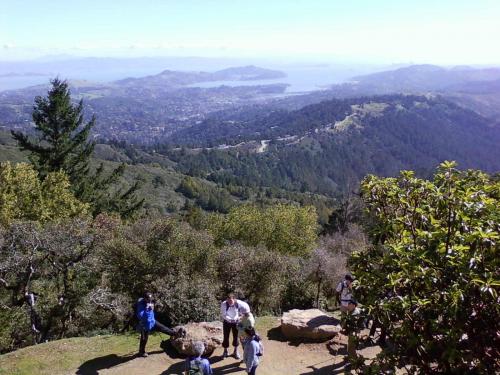 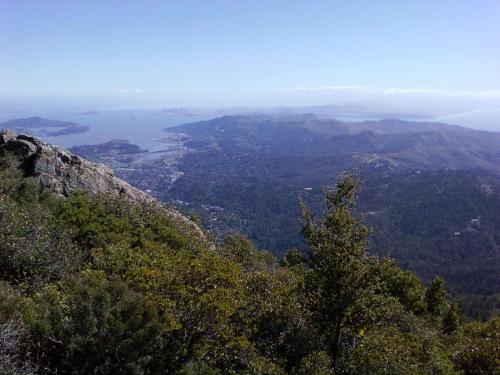 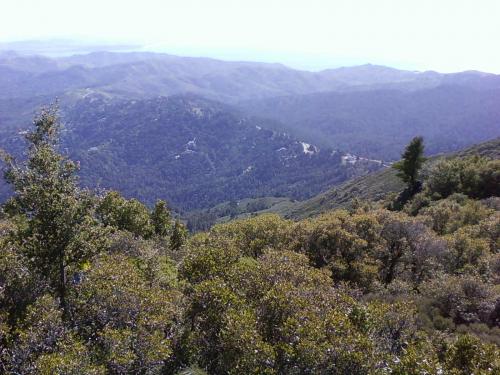 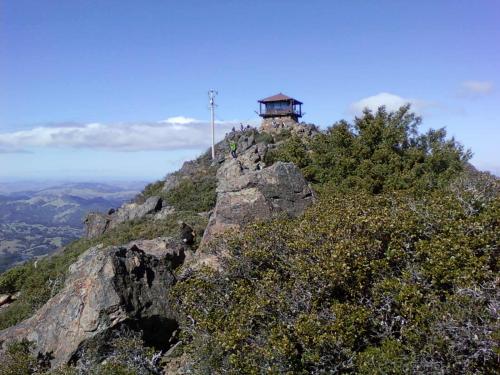 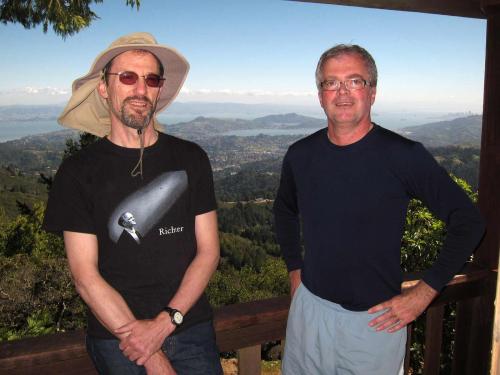 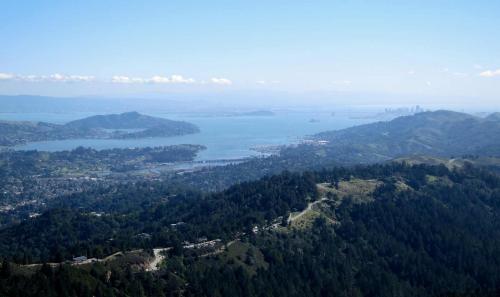 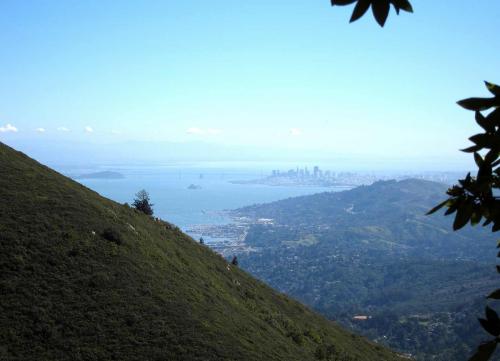 On the way down, we took a small trail to the left near the top of the parking lot. This went through some manzanita to the knob w/ a few pine trees, then abruptly descended down a steep slope - this was the 'scar trail' that I was hoping to discover! At the bottom was a 'do not enter' sign, so I'm glad we took it down instead of up. 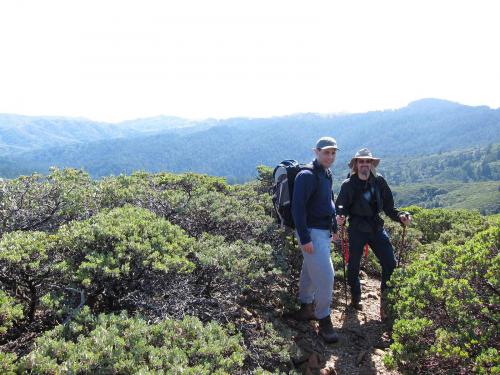 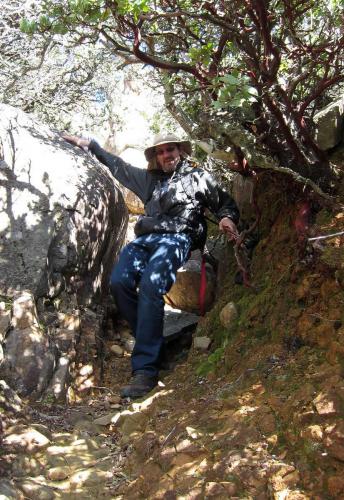 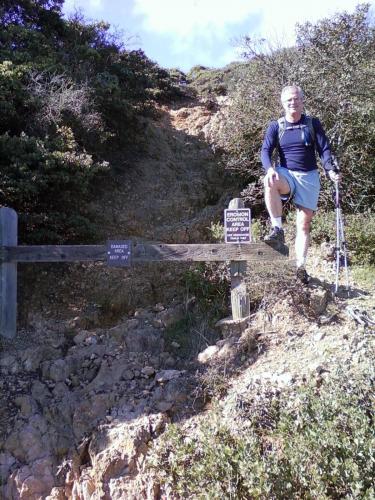 The bottom of the Scar Trail 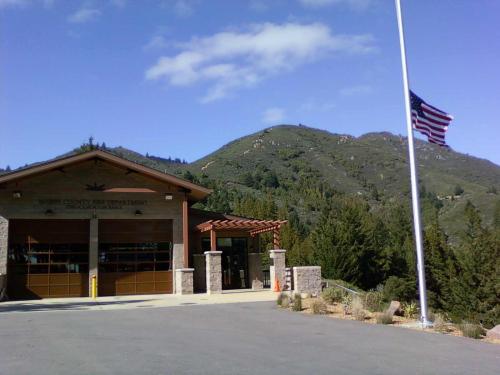 We then went past the fire station again, continued past Mt. Home, turned left into a residential area, and eventually took a trail on the left that starts off skirting someone's back yard - is this the Zigzag trail? It ended up on Cascade, a hundred feet or so below our car.