After last year's ascent of Eagle Peak, Noah has been wanting to hike to the summit of Mt. Diablo. This is not a trivial hike - 12 miles round trip and 3,500' elevation gain. However, I've learned that Noah should never be underestimated.

My sister Rachel had generously offered to drive to the top and shuttle us back to our car, saving us the grueling descent. I mention this to Noah and he's adamantly against it; he thinks that would be cheating. So we decline.

We're on the trail (Back Creek trail, starting at Regency Road) at 10 AM. It's a cool, hazy day; nice conditions. 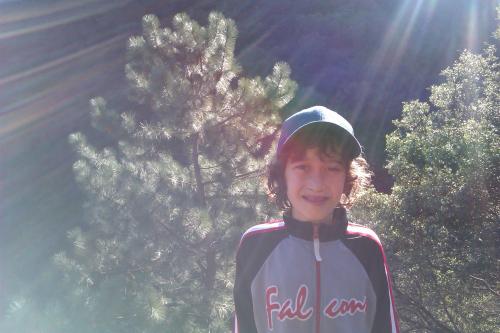 Noah and I are both lethargic; I slept poorly. We start off slow, but pick up steam as we near Murchio Gap. There's a ranger-led gaggle of elder hikers there. They head up Bald Ridge Trail; Noah and I follow and overtake them; competition is a powerful motivator.

We stop for a couple of minutes at Prospector Gap, and continue to the summit, arriving at 1:22. We both feel pretty good. 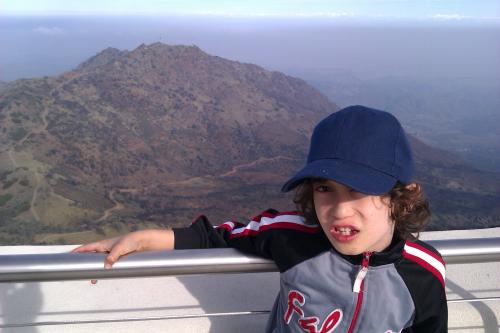 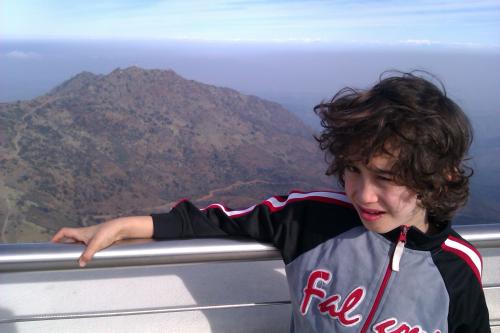 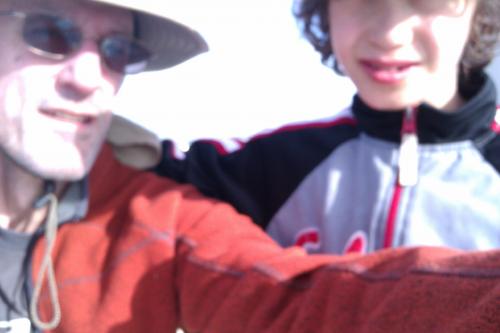 We eat our lunch (sandwich for Noah, left-over Kung Pao Chicken for me) then get ice cream bars at the gift shop (the ranger alerted us to their existence). 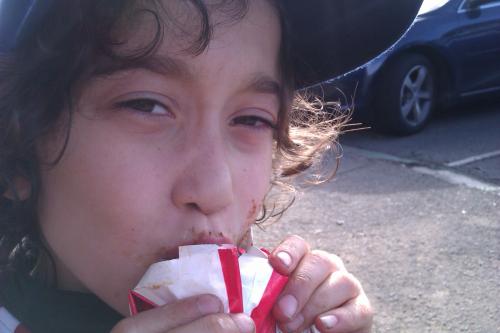 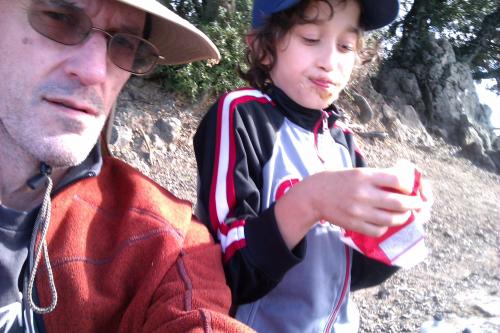 We start down at 2:00. Noah feels some fatigue in his legs on the descent. I give him one of my poles, which reduces slipping (the trail is steep and has poor traction in places). At one point he loses focus, slips, and cuts his knee on a sharp rock. Some blood wells up, and Noah is briefly concerned about bleeding to death, but I tell him about coagulation, and a few minutes later he's fine. 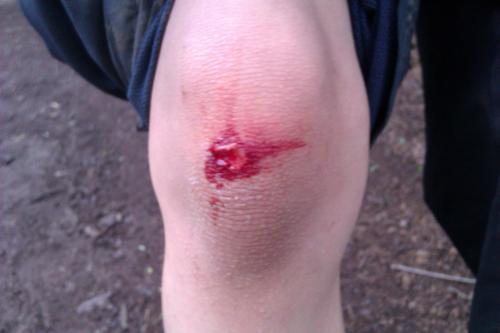 Noah wants to get to the car by 5:00, and to make sure we jog for the last quarter mile or so. 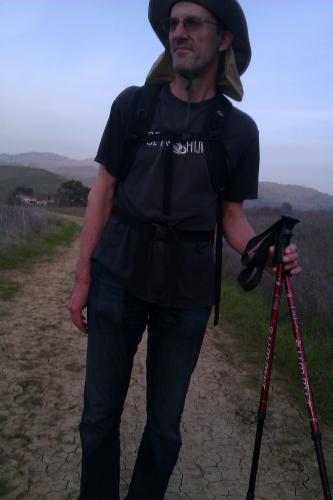 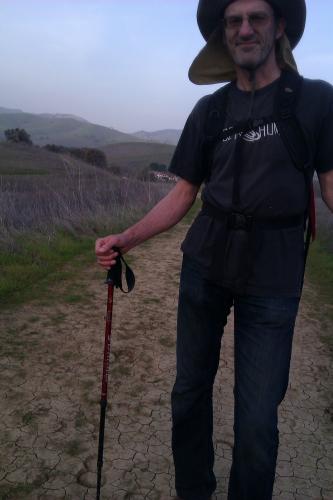 We stop at Rachel's house for dinner and to dress Noah's wound. We both feel great. I have no sciatic pain, but my feet are sore (arthritis) the next day.