The BOINC workshop was in Hannover this year. Hannover is in a flat area and the hiking opportunities are limited. However, earlier this year I was on a Meetup hike and met a woman, Gabrielle, originally from Hannover, and she told me about the Harz Mountains and its highest peak (3,186'), the Brocken (not to be confused with Brokeback Mountain).

The Brocken has cultural and metaphysical significance. It appears in Goethe's Faust - a meeting between Faust and Mephisto takes place on the mountaintop, and in fact there's a rock formation called the 'Devil's Chair'. It is reference in poems by Goethe and other romantic poets. And it's the annual meeting site of German's Witch community, which numbers in the tens of thousands.

Beate, an adminstrator at the institute where the workshop was held, graciously researched the hike and arranged the transportation, which consisted of a train and bus, ~1 hour total. She also joined us on the hike. 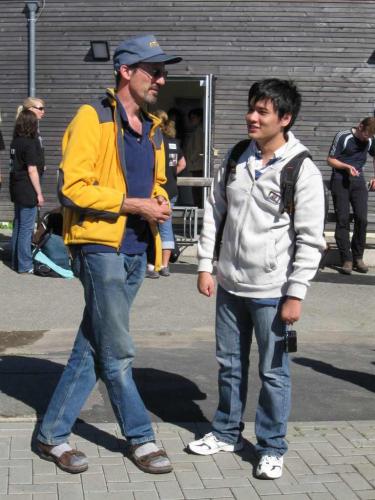 As a physical entity, the Brocken was underimpressive; more of a large hillock than a mountain, and reminiscent of the facetiously-named Mt. Lofty near Adelaide. 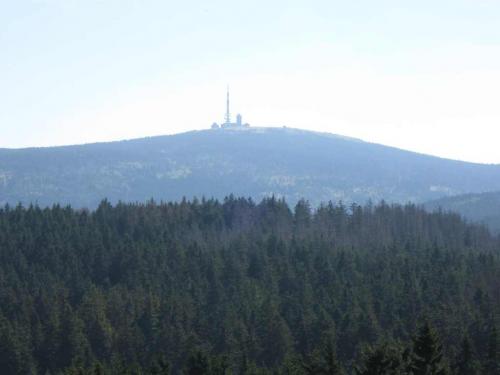 The first part of the trail when through a peat bog, which turned the water a wonderful ruby red color (not really evident in this picture). 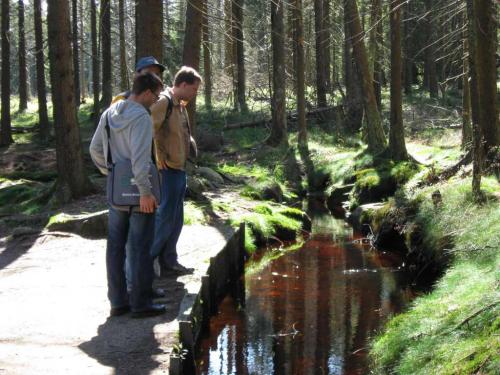 Stream by the Goethe Trail

There was a train, which produced clouds of sooty oil smoke. 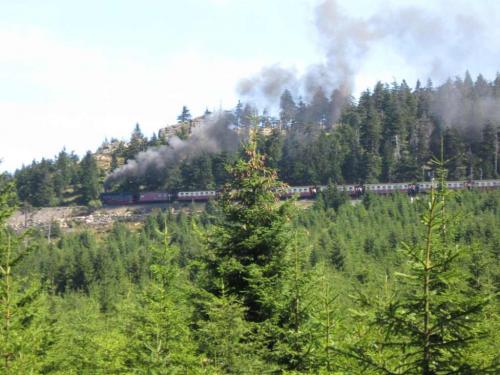 We saw maybe a thousand other hikers. Germans like to get out on the weekends. 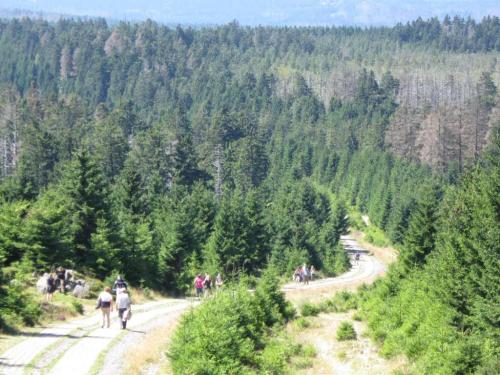 German hikers out in force

The Brocken is slightly on the eastern side of the old East/West Germany border. 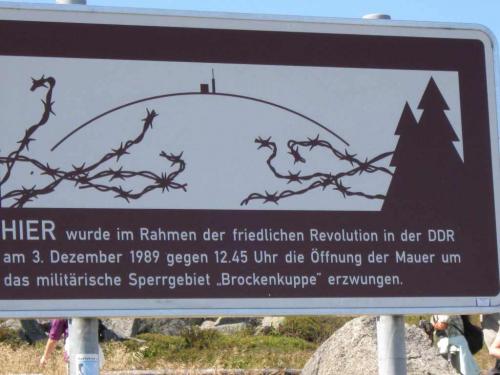 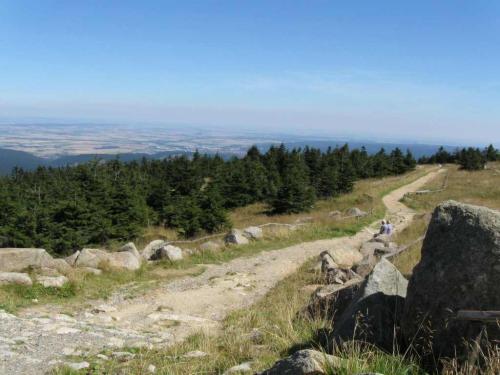 View to the NE

At the summit there are couple of snack bars, which we partronized. 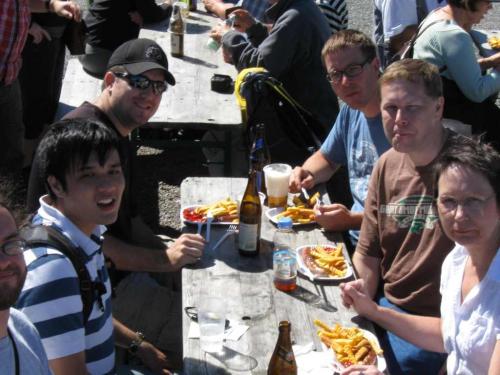 There are also a lot of radio antennas (some of them cold-war relics). 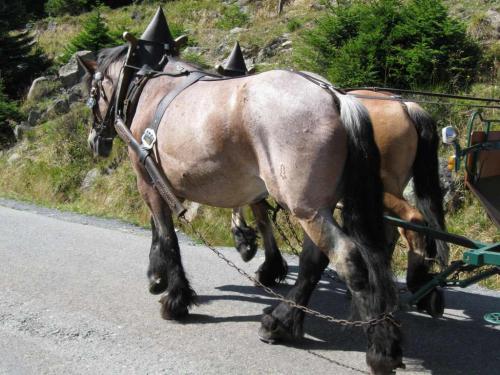 You can also take a horse-drawn cart 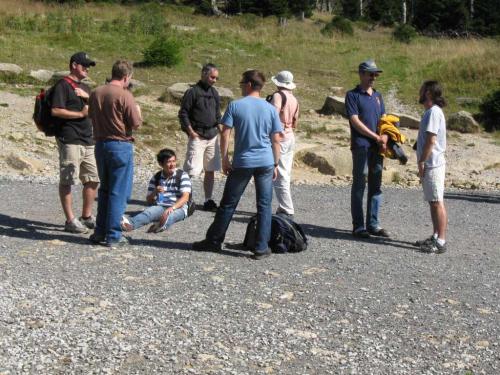 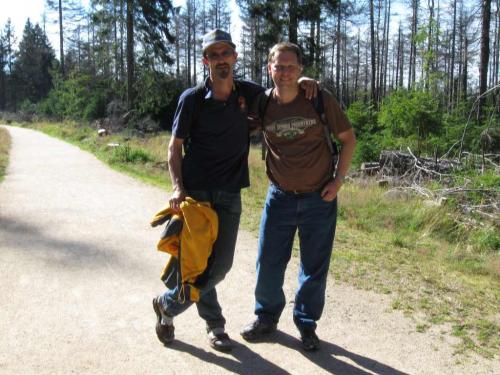 Afterward we went to a Bavarian-themed place where the specialty was 'Kuchen', a pizza-like dish. 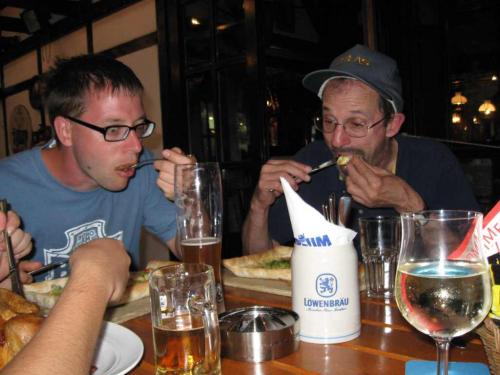 Christian and me stuff our faces

The other specialty was beer. 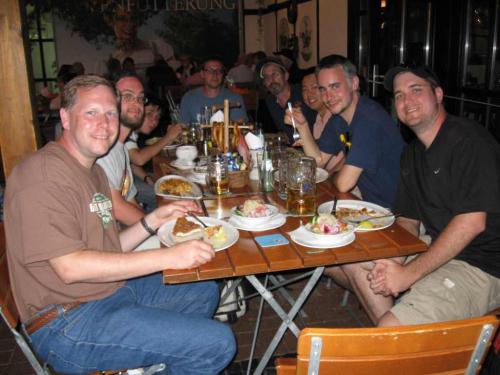