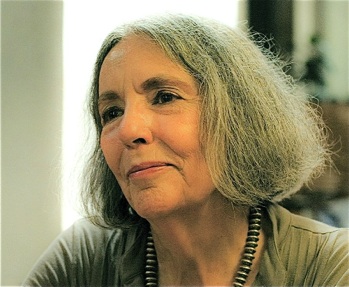 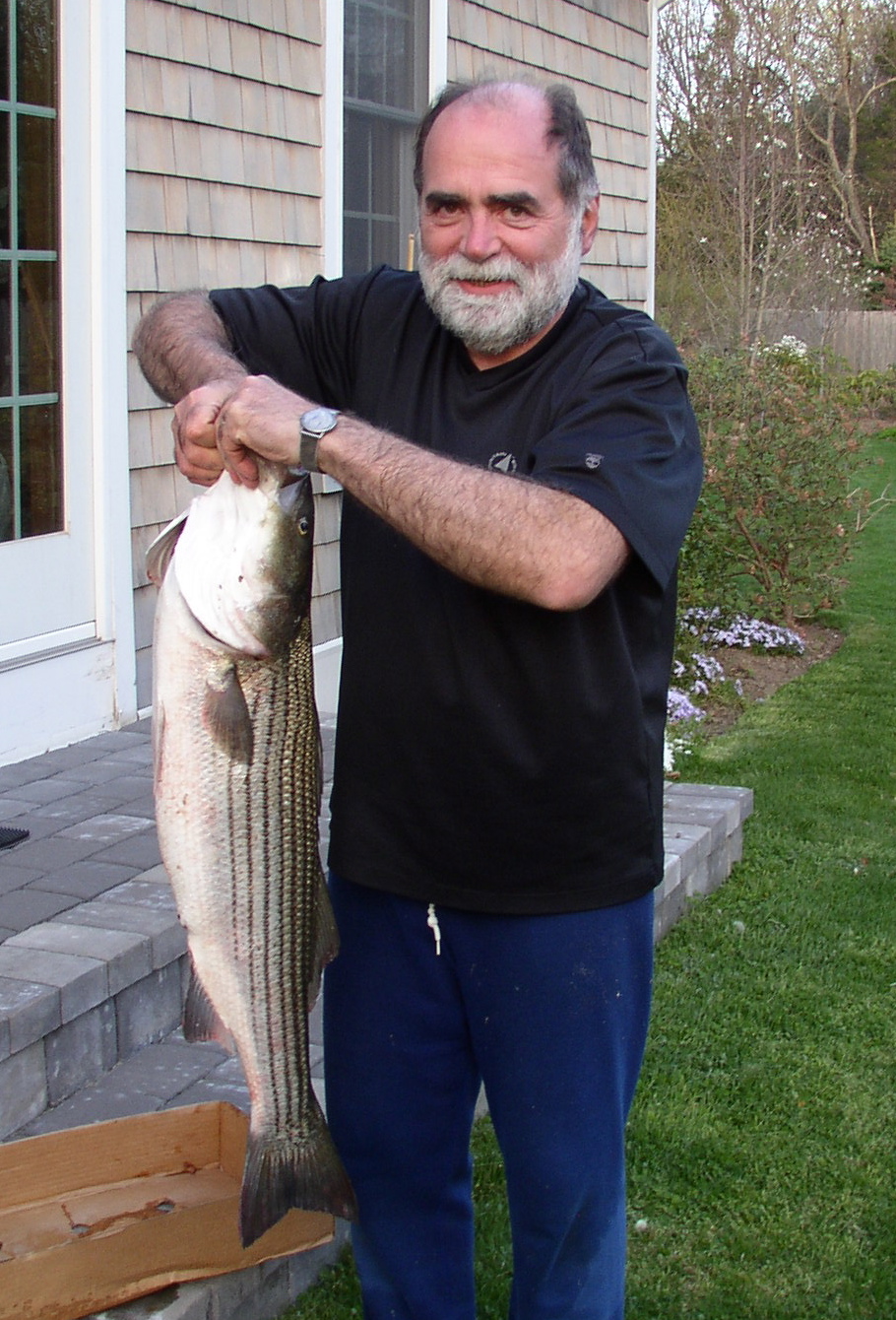 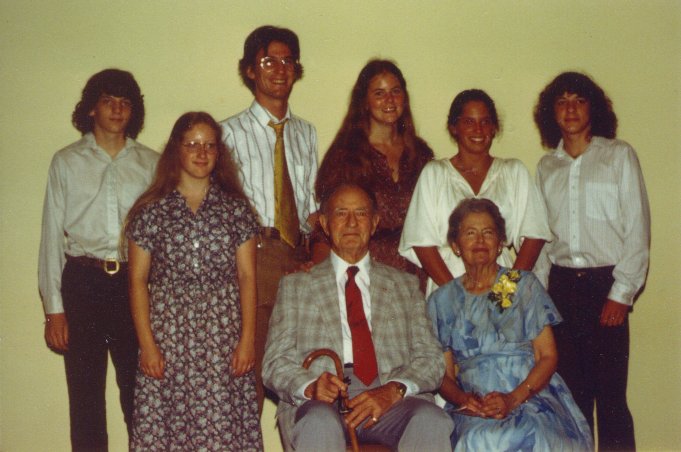 At my grandparents' 50th anniversary party, when the hell was it, 1979 or so. Left to right: cousin Bert, cousin Marian, me, sister Rachel, cousin Bronwen, cousin Eric. 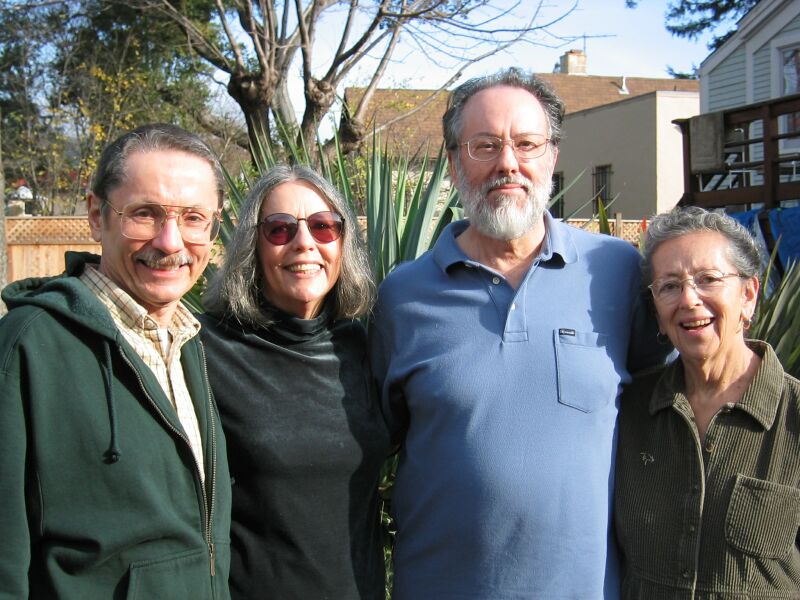 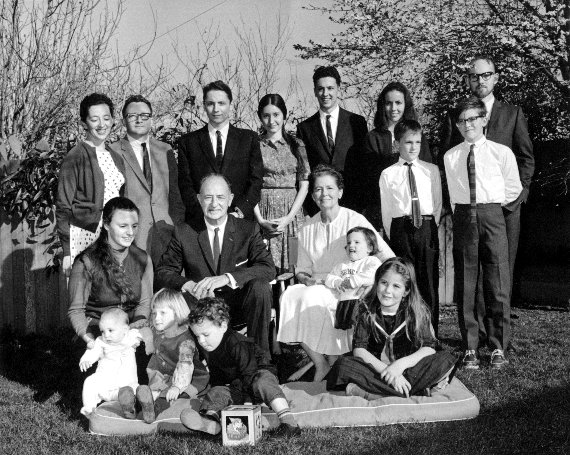 My family on my maternal grandparents' side, in 1965, at their home in San Jose. Click for hi-res version. 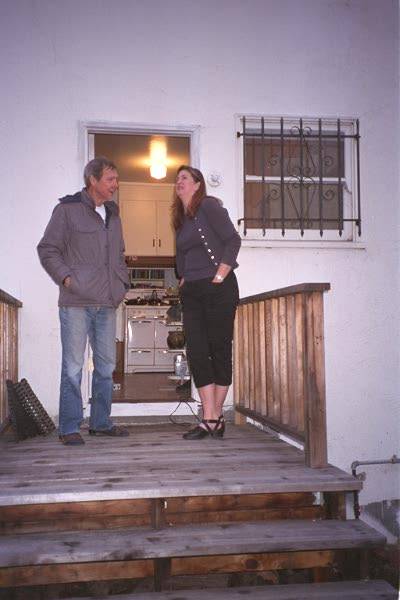 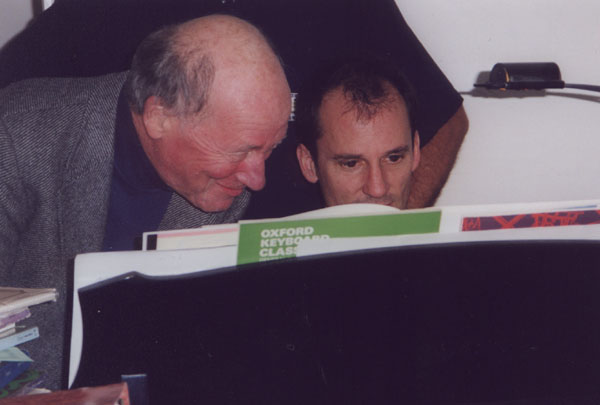 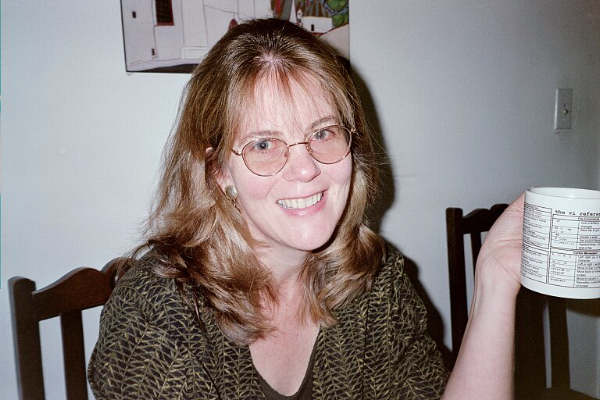 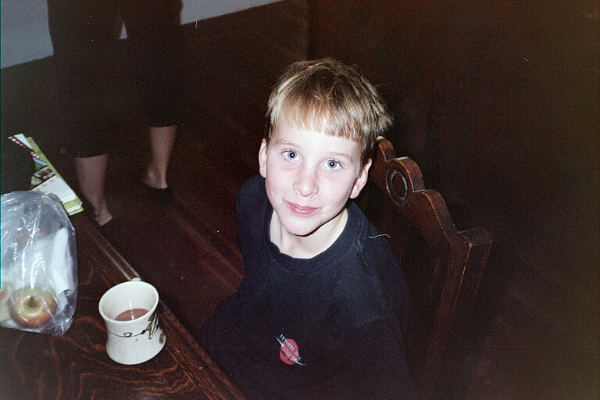 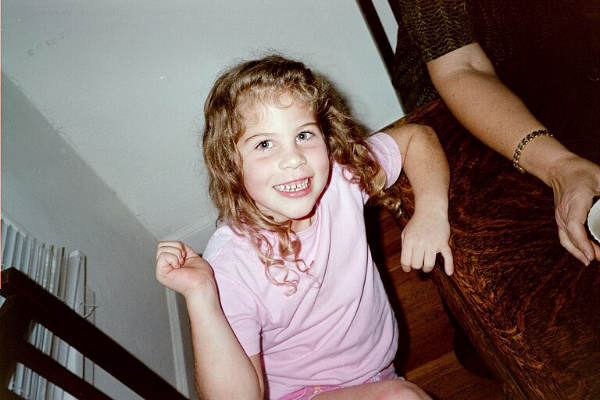 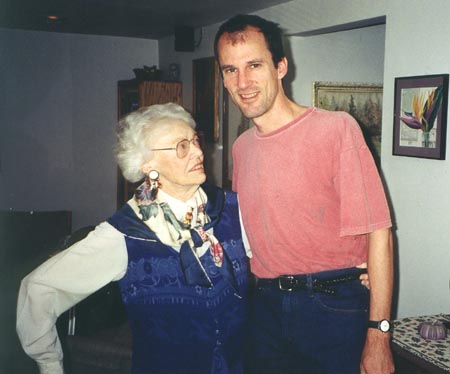 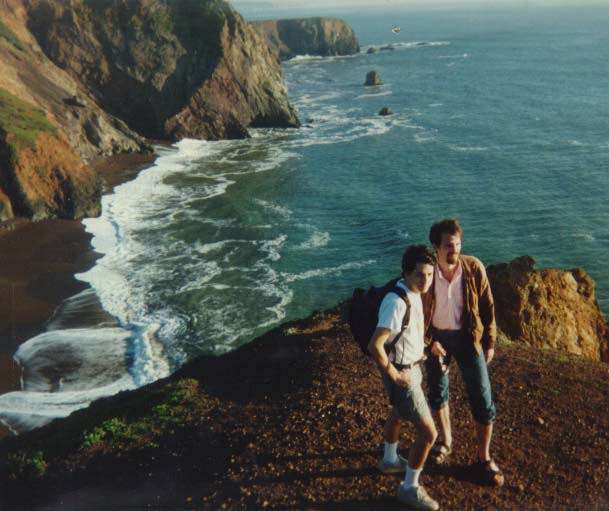 My cousin Eric Enderton (with backpack) and me at Tennessee Valley (in Marin county, just north of San Francisco). One of those Perfect Days. 1995. 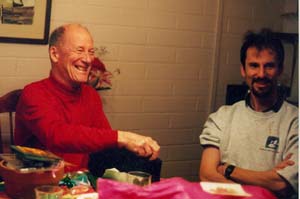 My father Henry and me, 1994 or so. Henry is the only person who could do the Atlantic Monthly Puzzler (cryptic) faster than me. [Update: Erica can do them faster than me too]. 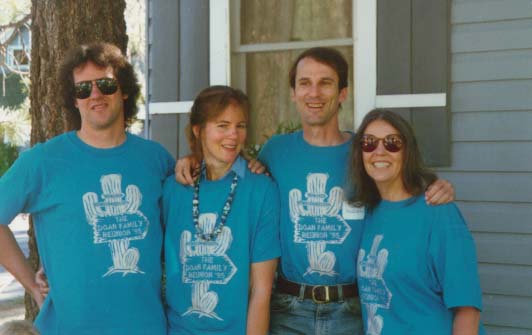 Brother Stephen, sister Rachel, me, and mother Alice at 'The Doan Family Reunion' (what, you can't read the T-shirts?). San Bernardino mountains, summer 95.

Fortuna Mine, Yuma Arizona, 1995. Cousin Eric (left) and uncle Evan Pugh. My grandfather Herb worked at this gold mine as a young man, and met my grandmother Marian there. 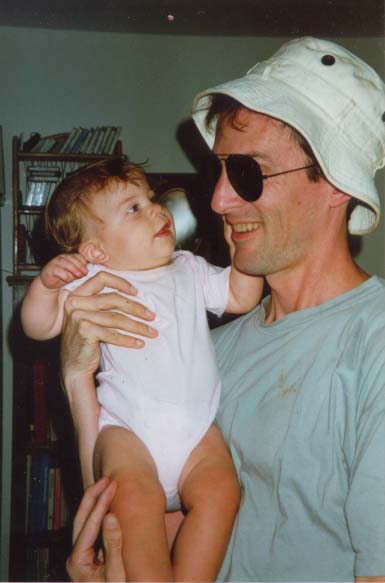 My niece Emily Rose (Rachel's youngest) at about 12 months. She wants to chew on the sunglasses. 1995. 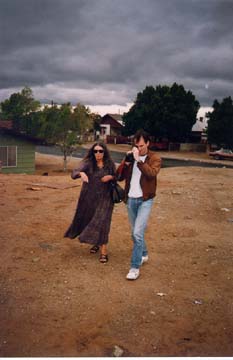 Mother Alice and me at the site of Roxaboxen, summer 95. I'm videotaping the ground. 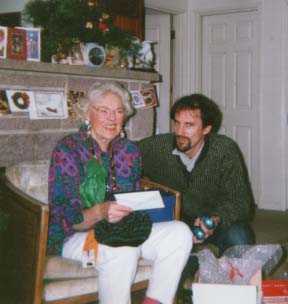 My stepmother Lois at her house in Seattle, Xmas '96. In my hand are two balloons filled with sand, described as 'glass micro-spheres' in the product literature. 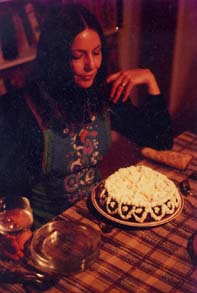 Mother Alice, a while back. She's admiring what I believe to be a chocolate cheesecake, of her own creation. How can I be so thin with a mother like her? 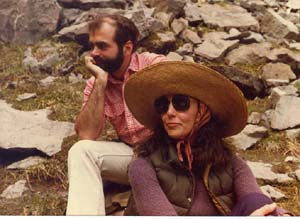 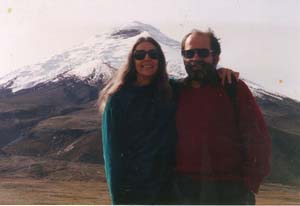