In high school biology class we grew a bacteria colony on a Petri dish. I smeared the agar and put the dish in an incubator. After a couple of days there were some colored dots - bacteria multiplying and consuming the nutrients. I forgot about it for a while, and when I looked again, the dish was covered with gray scum - the bacteria had consumed all the agar and died.

There are plenty of individual human geniuses - Newton, Gauss, Shakespeare, Beethoven, Einstein - but as a species we're no different than the bacteria on the Petri dish, controlled by our drives to survive and reproduce. In a way, we're more foolish than the bacteria: we have wonderful intelligence, but we use it to try to pack a few more of our kind into our Petri dish, thinking we can outsmart nature. 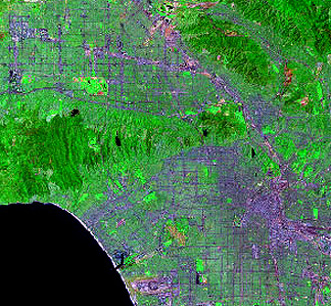 The central problem facing life on Earth is human overpopulation. This creates a chain reaction of consequences that disrupt the natural processes that produced life, cause massive extinction of non-human life, and in the worst case may lead to the extinction of human life. Social problems - injustice, economic inequality, genocide, cultural extinction, etc. - exist and should be addressed. But they're insignificant compared to overpopulation. The overpopulation problem will eventually solve itself, as it did in the Petri dish. Is a better outcome possible? Considering human nature, probably not. But we have to try anyway.

Life on Earth ebbs and flows. Species evolve and compete. Every species reproduces faster than is necessary to maintain its population. A limit is reached - food supply, territory, predation, competition. The population declines, and eventually grows again, in a roughly sinusoidal pattern. Mutations occur, some of them providing an advantage. Species diversify and evolve. Evolution has spent billions of years tinkering and inventing. It invented every aspect - biochemical, physiological, cognitive, mental - of every organism, everywhere. It created the web of dependencies between species in an ecosystem. When it comes to bioengineering, evolution is vastly more creative and sophisticated than humans.

Humans have evolved extreme intelligence, giving us absolute dominance over all other species, and eventually - through technology - letting us reshape our entire environment. Intelligence has removed the natural limits on the growth of our population. Except for the occasional plague, famine, and war (whose net effects, thus far, have been relatively minor) human population has grown exponentially over the last 12,000 years. There were roughly 1 million humans in 10,000 BC. As of 2009, the population is 7 billion and growing at about 1.5% per year.

The human population explosion has had various consequences:

Humans have subverted evolution, our creator. We've drastically modified it, and in large parts of the biosphere have essentially eliminated it. Some extremely foolish humans even deny its existence.

What do we do now?

Humans hijacked Earth and are taking it on a joy-ride to oblivion. How can we stop this madness and get things back on the right track? Should we assume that human intelligence will come to the rescue once again, that Science will deliver silver bullets that re-bury carbon, degrade plastic, and grow food in the desert - that let us sustain our 7 billion, and maybe pack in a few more billion?

No. This kind of thinking is what got us into trouble. Instead, we need to swallow our pride and return control to nature.

We must re-enable evolution - greatly reducing or eliminating human interference with evolution. The first step to doing this is to reduce human population.

Re-enabling evolution is a radical idea. It goes beyond sustainable energy and recycling. It means letting the Earth revert to its state roughly 20,000 years ago - letting huge areas of land revert from cropland to wilderness, letting predators return to their natural range, demolishing highways, dams, and levees.

Does this mean that humans must revert to hunting and gathering? No. I think we can re-enable evolution while keeping most of our technology: global communication, labor-saving devices, efficient agriculture, local and long-distance transportation (although not in their current forms). We can live in ways which, although much different than how we live now, are at least as comfortable and rewarding.

What is the ideal human population?

If our population continues to grow, nothing else we do matters: we're headed for disaster. We need to decide - as a species - what we want our population to be, how to attain it, and how to maintain it.

So, what is the ideal human population of Earth? Some people equate this question with: "how many humans can sustainably live on Earth?". That is NOT the question. More is not necessarily better.

The pre-agricultural human population was on the order of 1 million. If we returned to that level, it would be easy to minimize our impact on Earth, while still ensuring our survival as a species.

But there are valuable aspects of human life - culture, art, society - that rely on having a critical mass of people, perhaps living close to one another. Cities are desirable in this sense. But how many, and how big? Production of food and goods requires a certain population for economy of scale. Maintaining science and technology also requires people.

If we can figure out how to live efficiently, I think about 50 million people could live on Earth without impacting evolution significantly. That population would allow for a few cultural centers of a million or so people, while at the same time letting people live outside of cities with little or no pressure for land, and allowing most of the Earth to revert to its natural state.

The combination of low population and technology unlocks wonderful possibilities for human society. People can live where and how they want. There will be no more desperate struggle for survival and security. With the elimination of rat-cage-like overcrowding, people will actually seek contact with one another. Utopian visions will be realizable.

Technology works wonderfully for some things. It lets us build machines to handle our basic needs (food and housing) in a tiny fraction of our time. Medical technology extends our lives and reduces suffering. I myself develop technology for a living.

Some people believe that by using certain types of technology on a large scale - genetic engineering, technology-based agriculture, carbon sequestration, etc. - we can solve environmental problems. Some even believe that greater population means more geniuses, which means more technological progress, and therefore we should grow our population even further.

I call such uses of technology "playing God". The belief that humans can save the Earth by playing God can't be proved or disproved. However, my gut instinct (and this is the essence of this essay) is that the belief is totally and dangerously wrong. Some factors:

Many aspects of organized religion are harmful to life on Earth.

We can't eliminate religion. But we can't let it continue to have a privileged voice in discussions involving population and the environment.

Various studies have shown that rich people have fewer kids, leading to the idea (articulated by the UN World Population Conference in 1974) that "development is the best form of contraception".

There's a gap in this logic: in global capitalism as currently practiced, development doesn't enrich everyone uniformly. Quite the opposite: wealth disparity continues to grow. So economic growth per se doesn't achieve population control.

Furthermore, population growth is good for the global economy. It creates new markets and provides cheap labor. So in the business media, "growth" is assumed to be desirable. It's not, of course.

In the short term, population control may be bad for business. We need to accept this. In the longer term - once we learn how to act like Buddhas instead of bacteria - humans have will everything they really want. But that's a topic for a different soapbox.

Nationalism is a mortal enemy of responsible species-level behavior, and population control in particular. Nationalism means that countries act selfishly, and assume that other countries are trying to screw them.

Poor countries distrust supranational population control efforts because they fear (justifiably, based on history) that this means having the will of rich countries imposed on them. However, our problems, and their likely solutions, are species-level, and require supranational action.

We can't eliminate nationalism, but we need to figure out how to work around it.

World population to increase by 70 million

The story then goes on to speculate on how we're going to provide food and energy for all these new people. The question of whether the population really must increase by 70 million is never raised.

Nor is population control ever discussed in the political arena. If a politician were to raise the population issue, his opponents would find it easy to hysterically characterize this is anti-religion, racist, government run amok, and so on. It would be political suicide in the current environment.

Changing this situation is the necessary first step to saving the world. Citizens of countries with free speech can do something about this - bring the population problem into the political arena, detach it from hysterical associations, and demand that politicians take a stand on it.

How can we reduce human population?

If couples have 1 child on average, the population will decrease by 50% each generation. World population would go from 7 billion to 100 million in about 6 generations - just 120 years.

Here's a road map for how this could happen:

Initially only a few countries will pay attention to PCF's recommendations. As the "gross national happiness" of these countries increases, less enlightened countries will hopefully come on board.

What can you do?