Noah and I decide to go to the Sierras and do our usual hikes: Mt. Hoffman and Mt. Conness. Yosemite now requires online reservations to drive into the park; we luck out and get one for Aug 4/5/6. Then I manage to get a motel reservation in Lee Vining for Aug 3 and 4. The forecast is for afternoon thunderstorms all 3 days.

We set out around 10 AM and drive to Sonora Pass, stopping in Oakdale at the Wendy's and the Food Mart. I forgot to bring CDs, but Noah downloaded some Doors on his phone, and I have some Hendrix on mine.

We drive through some rain, but at the pass it's sunny. We park and do a hike - not, it turns out, on the Pacific Crest Trail, but on a lesser trail that heads directly for the summit of Sonora Peak. This is spectacular. After a mile or two it skirts some giant rocks in front of the peak, and becomes very steep, then sketchy, then hazardous; We turn around. 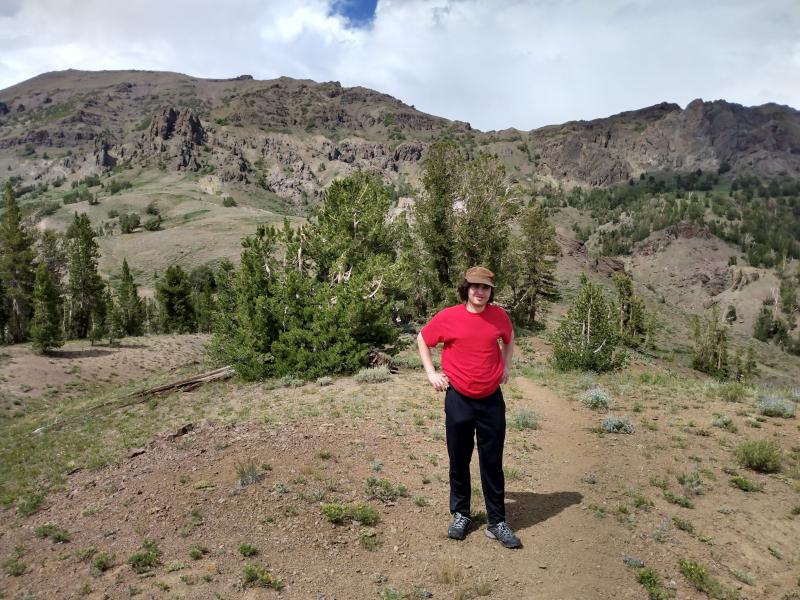 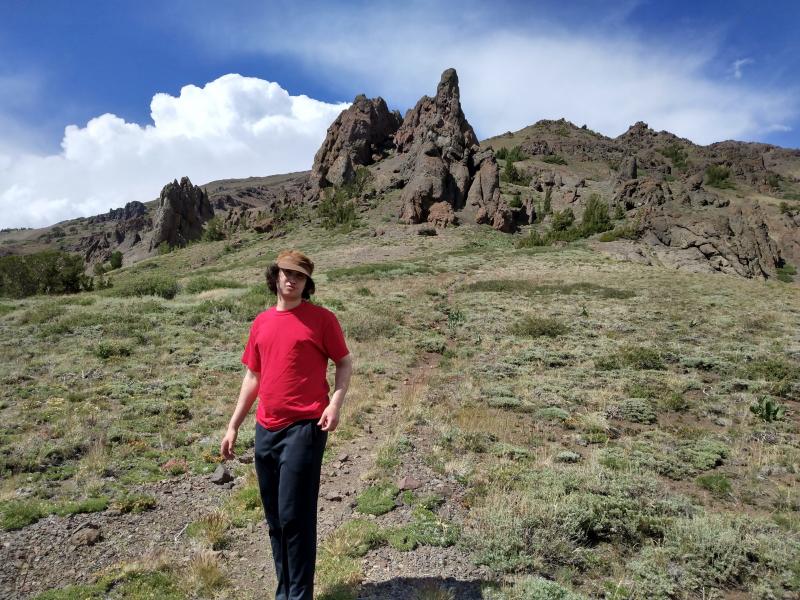 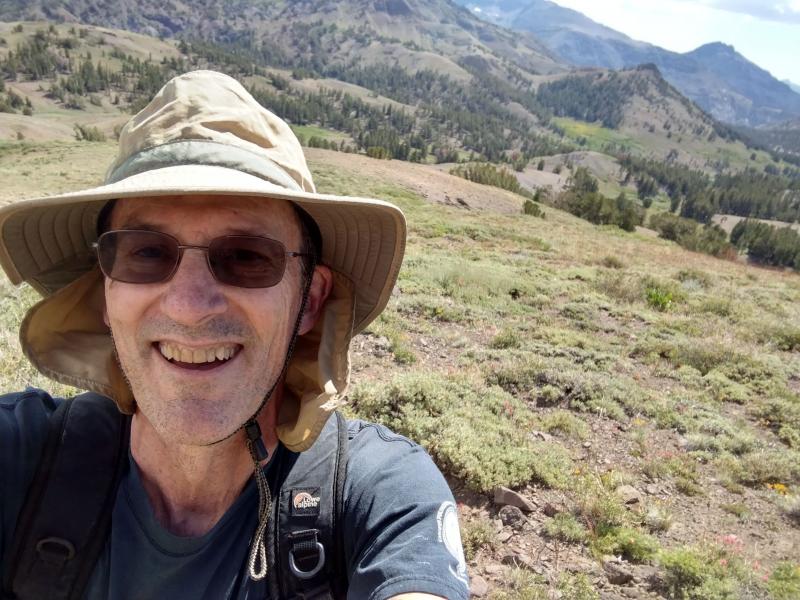 We continue to Bridgeport, listening to Bach organ music. The rain resumes. We arrive at the Lake View Lodge in Lee Vining. We eat at Nicely's; I have a Reuben and an Epic IPA from Mammoth Brewing (good combination).

We get up at 7:30 AM. It's sunny and clear. I get breakfast to go from the Mobil station. We drive to the Mt. Hoffman trailhead. They're doing road work on 120, and there are lengthy traffic stops. A sign woman threatens to 'set the rangers on me' because I passed a stopped car.

We're on the trail around 10:30. It's already clouding up. We hike efficiently past May Lake.

The bathroom is open, but the drinking fountain is capped off and the tent cabins are not up; maybe that's not a thing anymore.

Noah starts to get dizzy (altitude, presumably) on the steep sandy part. He manages to make it to the base of the summit block. We decide to turn around, and shortly thereafter there's a bit of rain, then some distant thunder. 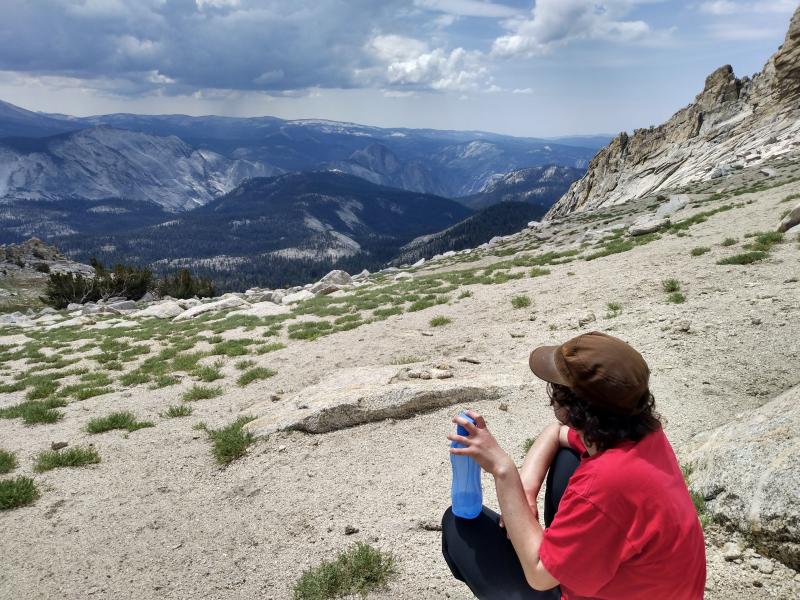 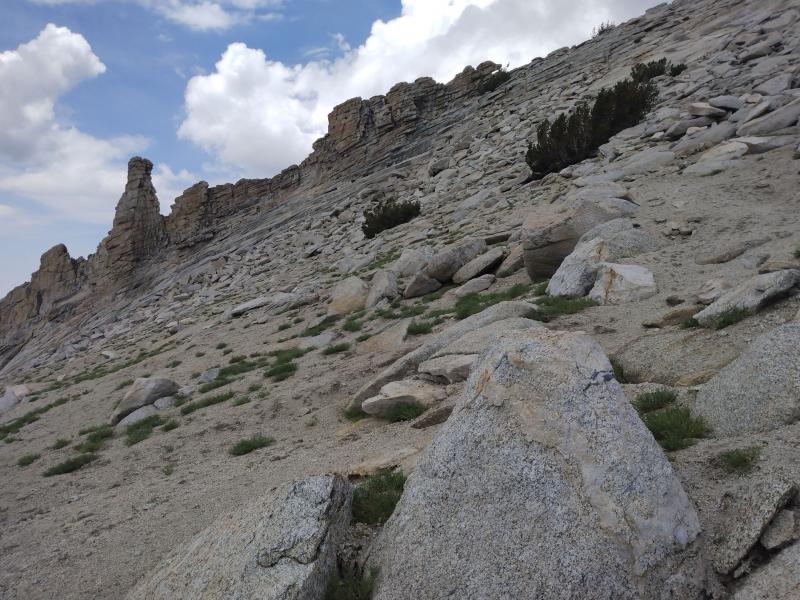 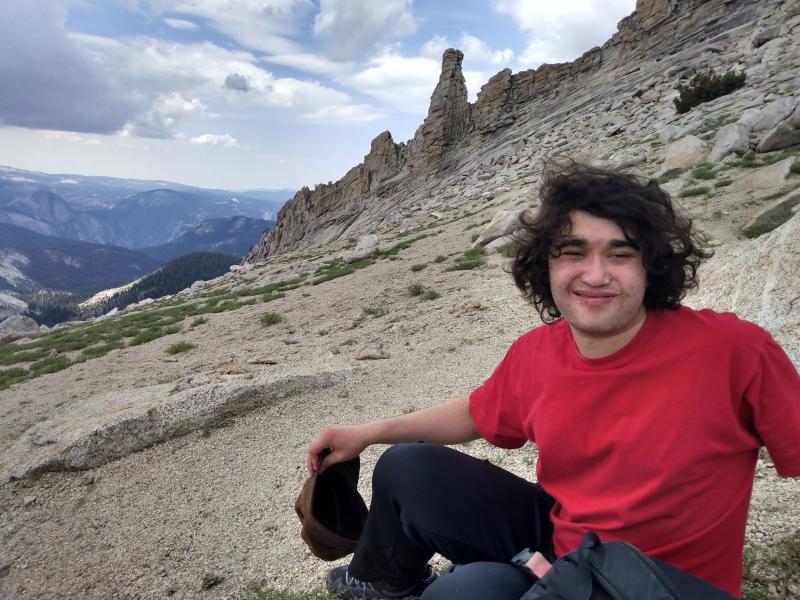 On the way back, I visit Bertha. 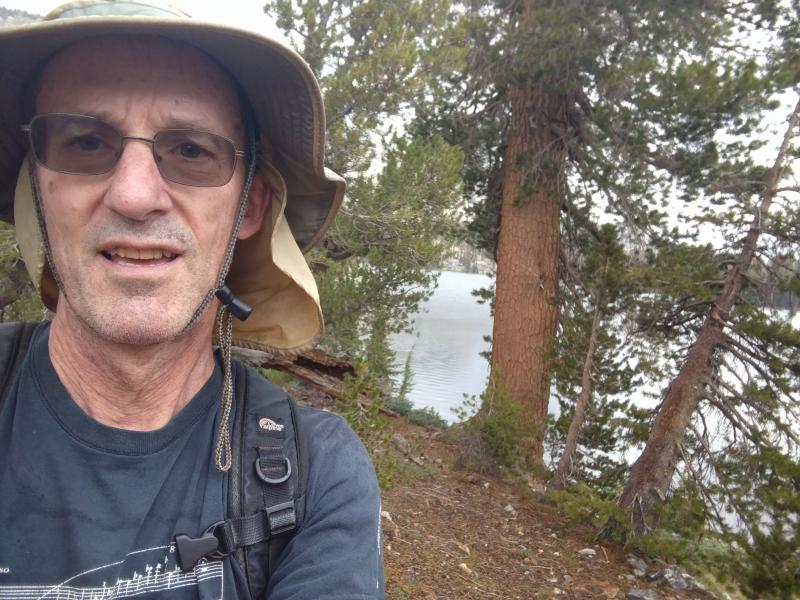 We make it back to the car around 2. Noah left his window open; fortunately not much rain got in. The rain picks up as we drive back to the motel. We eat at Nicely's again; Noah gets the fried chicken special.

We seem to have lost the TV remote, and we search the room several times. Noah eventually finds it in the cushions of the comfy chair.

I get up at 7:30 look outside: it's overcast and there's a steady medium rain. We head out. The mist and multi-layer clouds add an atmospheric beauty to the mountains.

We drive to the Sawmill Campground trailhead. The last campers are on their way out.

We start up the trail toward Conness. The rain is fairly light, and we have rain jackets, though mine is ineffective. It's in the 50s, so we're not cold. The stream is boisterous, and there are puddles everywhere. 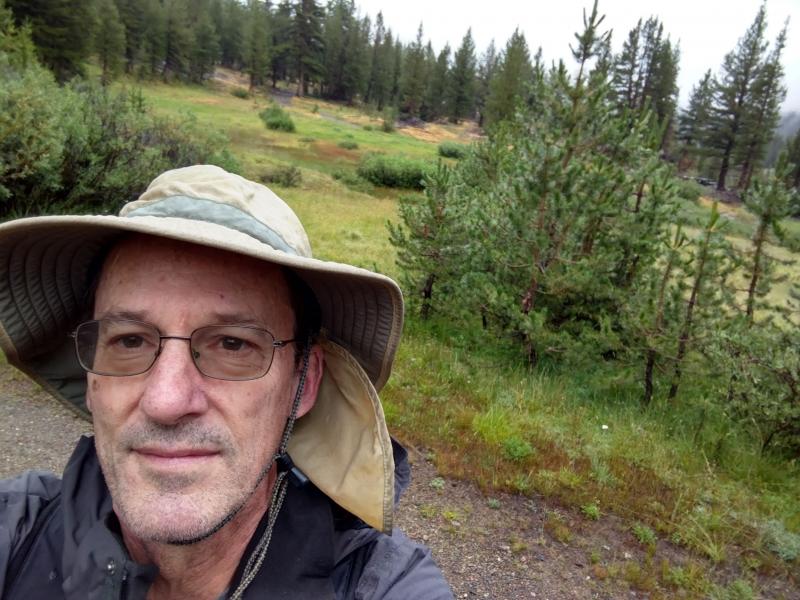 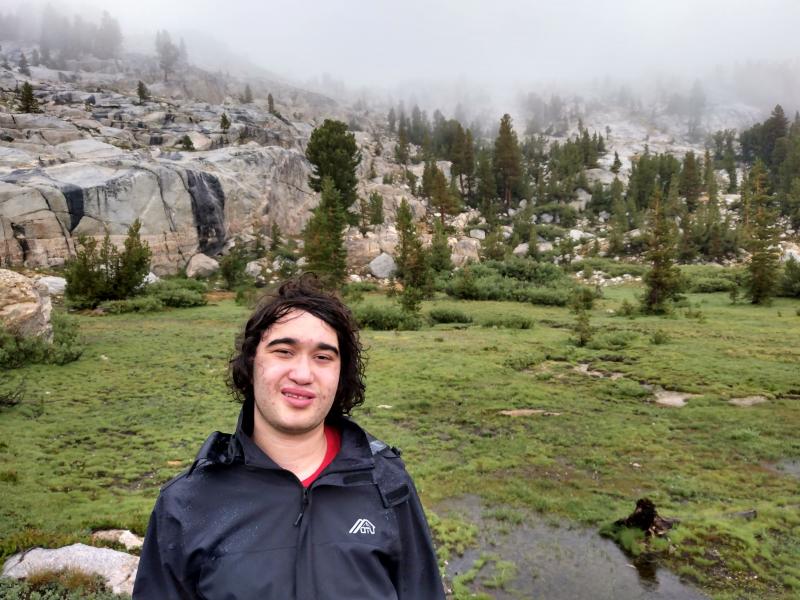 We come to the big black rock where we normally turn right. It's clear we're not going to summit today, so we just continue up the trail another half mile or so. The rain picks up and we turn around.

We get back to the car, put on dry clothes, and head for home. There's no road work, presumably because of the rain, so the drive is smooth. We stop briefly in Groveland, then at a taco truck in Oakdale. I stop at the produce stand just outside Manteca and buy a couple of pies. We're home by 6:30.

Summary: a good trip in spite of the rain. Our hikes weren't long enough to get tired or sore. I wouldn't mind heading back up there in a few weeks, when the weather is better.