Today was projected to be a nice day in a month of storms, so I contacted Kathi S. and we arranged to meet in Colfax and do a snowshoe climb.

I drive up in heavy rain, which has me worried about snow conditions. At the Colfax Motor Lodge the sign says No Vacancy but mercifully there is in fact a room.

I get up early and am in the MacDonald's by 6:45, enjoying the Big Breakfast and the free wi-fi. 7:00 comes and goes. At 7:11 Kathi comes in, a bit miffed because she expected me to wait in the parking lot. This gets smoothed over, and we decide to head for Signal Peak, which is a bit closer and shorter than the Lake Tahoe climbs; the sun is shining but bad weather is forecast for later in the day.

We take the Cisco Creek exit, cross the bridge and park. We follow a snow-covered road for a little, then a snowmobile track, and then strike out up a forested slope. There's indeed a lot of new snow, but it's fairly heavy so the footing is not too bad, except for a couple of steep stretches in which I go into 1-step-forward, 2-steps-slip-backwards mode. Generally I can remedy this by doing herringbone in new snow instead of following Kathi's tracks. 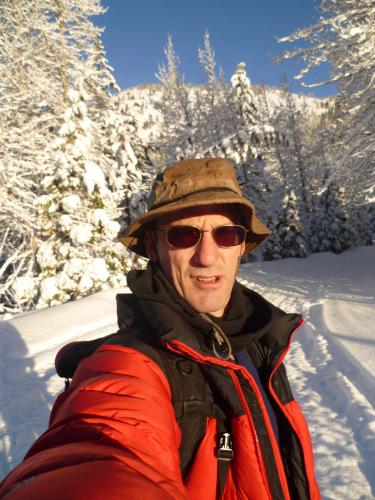 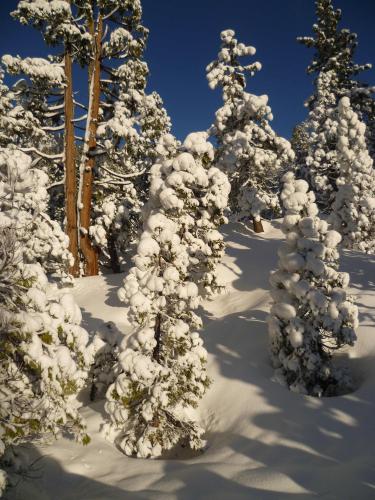 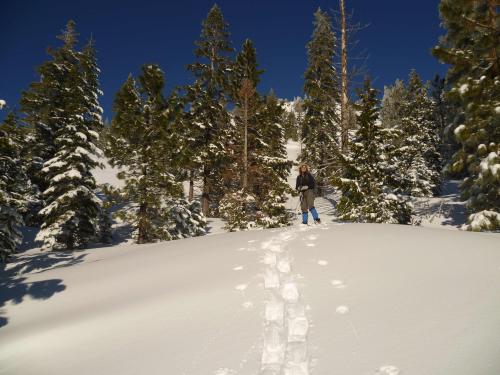 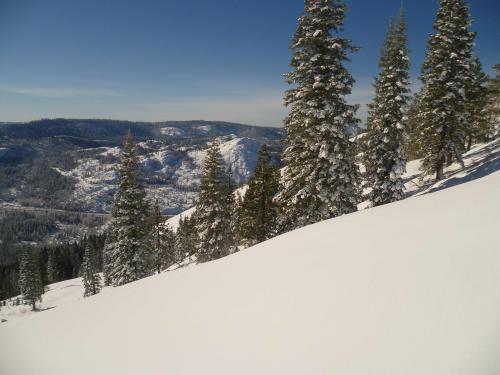 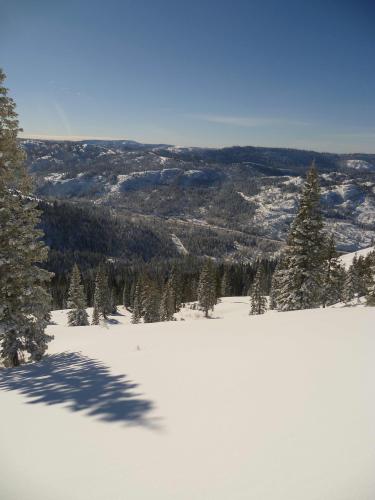 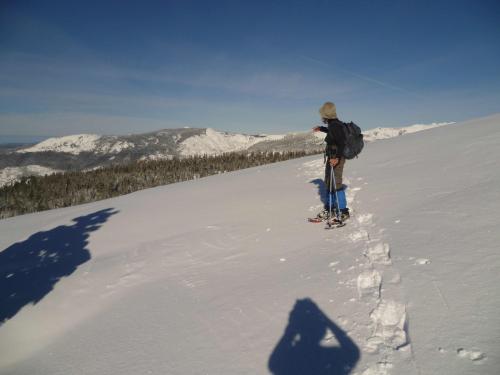 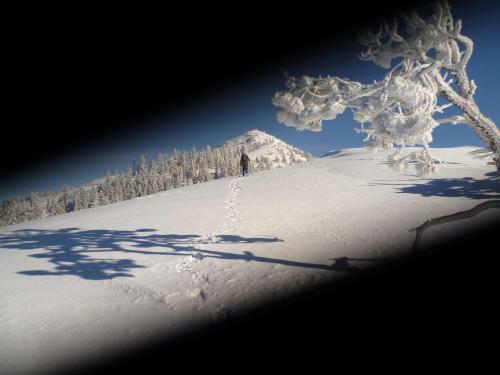 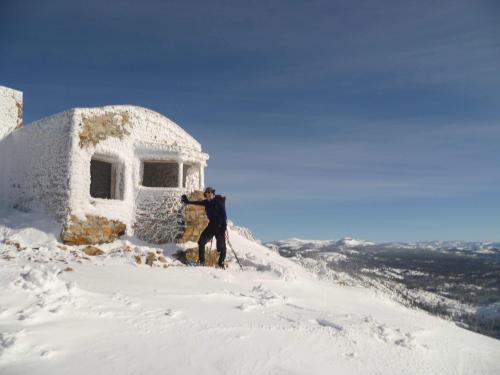 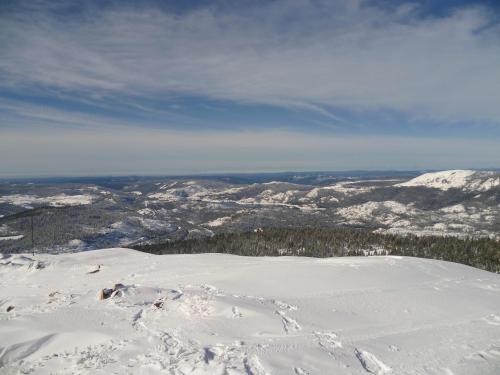 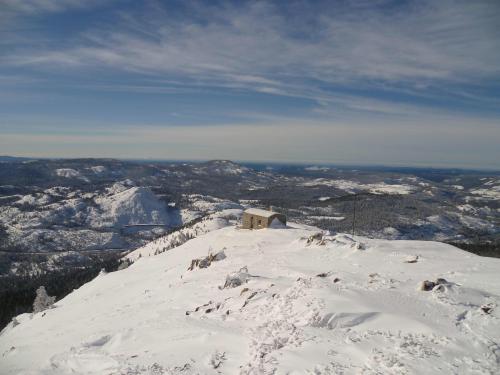 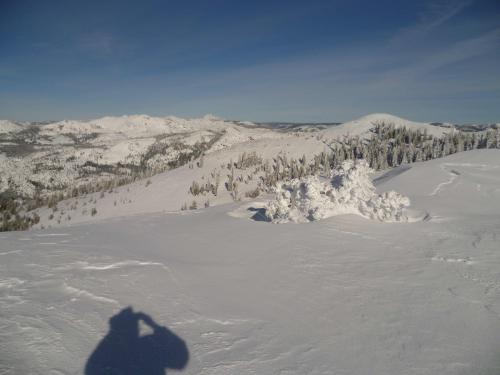 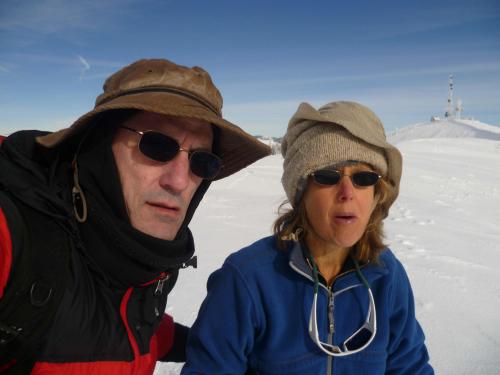 We climb briskly and reach the summit at 11:30. A helicopter roars by, maybe 200' away, and hovers near some nearby communication towers. Then it roars by again, even closer, and flies away. Kinda like a James Bond movie.

The descent is also very brisk, and we're back at the car at 2:00. Kathi hasn't had enough exercise, and after I drop her off in Colfax she does another several-mile hike. Wow.