Erica was out of town, and Todd Stuart told me he was climbing with Karl Baba, so I whined and begged and finally Todd said I could come along.

We drove to Karl's house, arriving late Friday night. I slept very poorly (in fact, not at all) in Karl's trailer, due to snoring issues and other problems. So the next day I was dizzy and bleary-eyed - not ideal for climbing, but the feel of rough Yosemite granite perked me up somewhat.

Here are some climbing pix taken by Karl (thanks!): 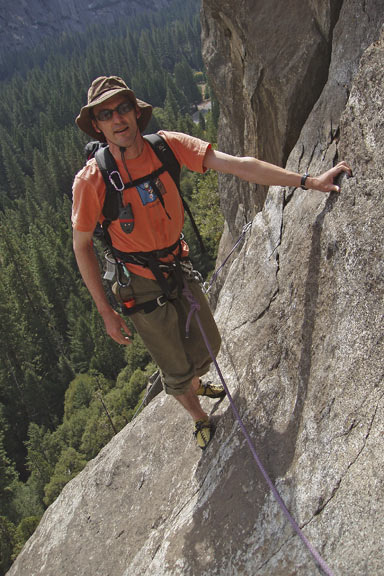 This was before my sunglasses got destroyed 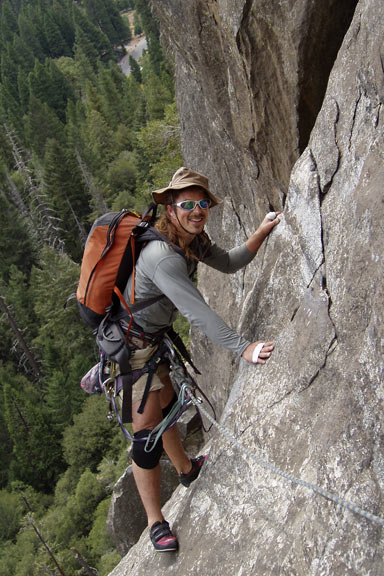 Todd at the same place (he later lost sunglasses) 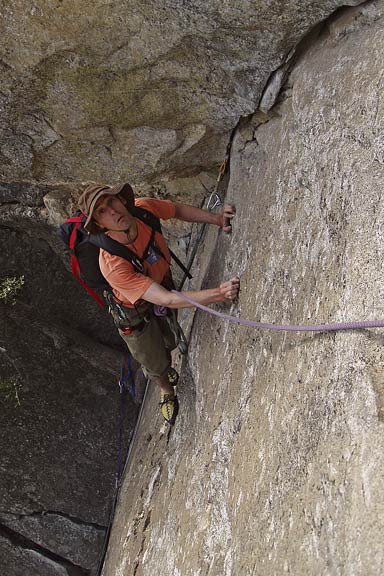